What You Need To Know When Buying a Used Panamera

If your just about to take the plunge and buy a used Porsche Panamera, this guide will highlight some of the technical issues to be aware of before you commit to a purchase.

The Panamera hit the showrooms in the USA in 2010, and the early used cars are now more affordable. The Panamera is fun and exhilarating to drive yet, can be used as a practical 4 door saloon everyday. It’s in the large, fast saloon sector that includes the Mercedes S Class, Audi A8 and BMW’s 7 Series to name but a few competitors. Porsche was a late entrant to this space but sold more than 160,000 Panameras during the 970 chassis production run through to 2016. 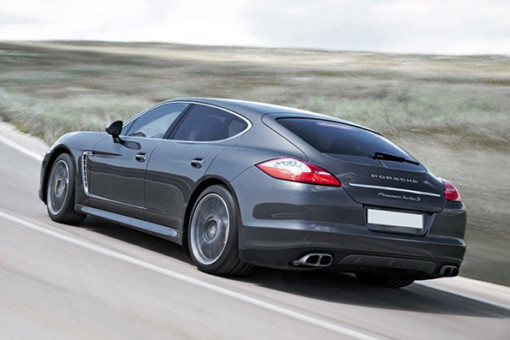 If your thinking of buying a used Porsche Panamera, there are now plenty to choose from. The original car was available in the 4.8L S and V8 twin turbo models with a 4wd, V6 Base, GTS and Turbo S subsequently added. The 970 Panamera chassis continued until 2013 when a facelift version was introduced. The 2013 also saw the S model V8 replaced by a turbocharged V6 and the introduction of a hybrid model.

As an everyday 4 door saloon, the Panamera can be quite fun. The Turbo S model delivers 550hp and reaches 62mph in 3.8 seconds while heading for a maximum speed of 191mph. Even the V6 version can reach 160mph! Who needs a 911?

The Panamera is not your standard 4 door saloon and requires more expensive maintenance. That definitely led to some early cars being neglected and servicing overlooked by owners who had not appreciated the potential costs. As with any version one, there known problems that can catch you out if you are not careful.

Where to Buy From?

If you’re trading up from a Porsche Panamera, where are you going? Consider who is selling the car. If you’re buying from a used car dealer, do your research to learn where the dealer got the car. If the dealer specializes in Porsche, this is likely a positive sign.  However, if the dealer’s normal trade is low cost mini vans, you need to do some serious thinking. The Panamera can quickly become a pain in the wallet if you pick a bad one.

Many of the vehicles were leased originally and you’ll find good examples as CPO cars at your local Porsche dealer. If you decide to venture into the less costly used Porsche Panamera market, what is the best approach and what should you be paying attention to before you commit to buy? The first step, once you’ve identified a Panamera candidate, is to get a thorough inspection by a local expert. The pre-purchase inspection is designed to identify mechanical problems that may not be clearly evident at first glance. In our buyer guide below we’ve extensively highlighted those potential issues to be on the look out for. Getting a repair history on the car, if available, is helpful and will instantly identify or eliminate potential problem areas.

The number of previous owners doesn’t necessarily matter, but it’s wise to consider this type of car is likely to be owned for the purposes of business use, long commutes and family weekends. Expect to see higher mileage from fewer owners and hopefully a regular maintenance pattern.

If a seller wont let you inspect the car, walk away.

Potential Issues To Look For On A Used Panamera

This is a critical area to be sure of before you commit to purchase.  The range of coolant leak resolutions go from a small hose issue all the way to an engine removal. This is an area that requires careful examination of the engine for the tell tail signs of a coolant leak – we’d recommend you use a Porsche repair shop to evaluate this before you buy. The early V8 Panameras had a series of coolant pipes that were glued into their housings – great idea!  Like all glue, over time the seal begins to fail and coolant leaks out.  There are two likely spots for this to occur – the front of the engine or the rear of the engine close to the transmission joint.

The leak at the front of the engine is from the upper front coolant pipe which slips out of its housing when the glue fails.  Porsche revised the design of the replacement part to be bolt in so the problem should not return. This issue is common and typically runs about $500 in parts.

The leak at the rear is much more of an issue.  A rubber hose is clamped to an aluminum insert in the housing that distributes coolant between the cylinder heads in the V8.  The glue fails on the aluminum insert and coolant leaks out.  The replacement part is updated with a screw in insert for the rubber hose to connect to.

The problem is getting this new assembly attached to the engine. Porsche recommends engine and transmission removal, which puts the cost for this minor leak into big money territory.  Some repair shops have devised ways to get this job done without removing the engine assembly and can save their customers significant amounts of money. If your considering a Panamera with the PCCB option fitted, it’s absolutely essential to have a professional opinion of the mileage remaining on the brakes.

The PCCB or ceramic brake setup was a factory fitted option for the Panamera. Porsche Ceramic Composite Brakes (PCCB) use cross-drilled, carbon fiber reinforced ceramic discs with special composite pads. They produce amazing stopping power and are 50% lighter than a standard brake a setup. They also have a considerably longer life than their standard counterparts. However, the expected life of the PCC brakes does not always play out in reality.

If you are buying a Porsche Cayenne that has the PCCB option, it’s worth being certain how much life remains on the brakes. Parts for the front brakes alone could run you more than $15,000. Sounds like a good reason for selling a car! Before buying a Panamera, it is essential to know when the last time the system fault codes were cleared and check the status of the emission monitors. It’s not difficult for a seller to clear the faults just before you arrive for a test drive.

Clearing the engine faults also resets the emissions system to a state of “not ready.” Emission readiness tests often occur over multiple drive cycles. So, after a reset, emission faults may not return for a significant number of miles or drive cycles.

The V6 Panamera will develop a vacuum leak and set a check engine light. There can be many causes, but one of the most common is the failure in the PCV system. A failed diaphragm in the oil separator on the valve cover allows unmetered air to enter the intake system and cause the engine to run lean. This fault may not return to be indicated on the dashboard as a CEL for a number of drive cycles.

The separator is built into the valve cover and cannot be replaced individually, so the repair requires the replacement of the whole valve cover assembly. Not an over expensive job as the engine and valve cover come from VW, but something to be aware of before you buy. 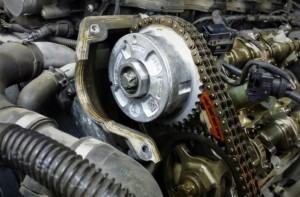 Generally, this affects the V8 engines produced between 2010 and 2012 model years.  The problem lies in the aluminum bolts that secure the timing chain sprockets to the camshaft adjusters.

These engines have adjustable cam timing systems and timing chains that drive the adjuster to vary the position and rotation of the cam based on engine performance demands. Unfortunately, the bolts holding the adjuster to the camshaft break and cause a loss of timing on the camshaft and in some circumstances, significantly worse outcomes such as a catastrophic engine failure.

Porsche was required to recall 2010 through 2012 vehicles to correct this problem. If you are looking at a model in those production years, you should definitely check for evidence the recall work was completed.  More information on the recall at http://www.camshaftadjusterrecall.com/

It’s very cool to have a spoiler that raises and lowers based on speed, however, failure of this system can be expensive.

Commonly, the system becomes un-aligned and the hydraulic actuators will fail. There are some repair kits on the market and while Porsche says the system is not serviceable, many good shops have found ways around that to save you money. Replacement units on the Panamera are very expensive with parts in excess of $1200.

Well, it’s not the most attractive car Porsche has produced, but it is improving. The interior is excellent and has a cockpit feel as you relax behind the wheel. Early versions are now available for reasonable money and as a high end salon car, it can punch its weight for the sector.